Why Streamers Have Embraced Purple, Usually a Divisive Color for Brands

First came a slew of streamers with pluses in their names. Now the new trend among streaming services is their color of choice: purple.

Whether it’s the new all-in-one streamer HBO Max, short-form mobile service Quibi or the streaming platform and device maker Roku, streaming television services are using a deep purple as the dominant color in their logos, apps tiles and platforms. And while the exact use of the color may vary — Quibi’s logo includes a magenta-tinged purple that faded into a darker purple, while HBO Max features a bright purple gradating to blue — the choice is unmistakable.

“Purple is really having a moment,” said Ross Clugston, executive creative director at WPP branding agency Superunion North America. “Purple has long been the most divisive or dividing color when you present it to the client — people either love it or they hate it — but you have seen an emergence of brands that are embracing it because there’s a clear space there.”

It’s a somewhat unusual stroke of luck for the color purple, which has historically been a divisive pick for branding. Purple, unlike its primary counterpart blue, doesn’t have a deep or varied history in the tech space save for uses like Yahoo! and job-hunting site Monster; nor does it have the same use rate as red, which has served as the main shade for streamers and platforms like Netflix and YouTube. 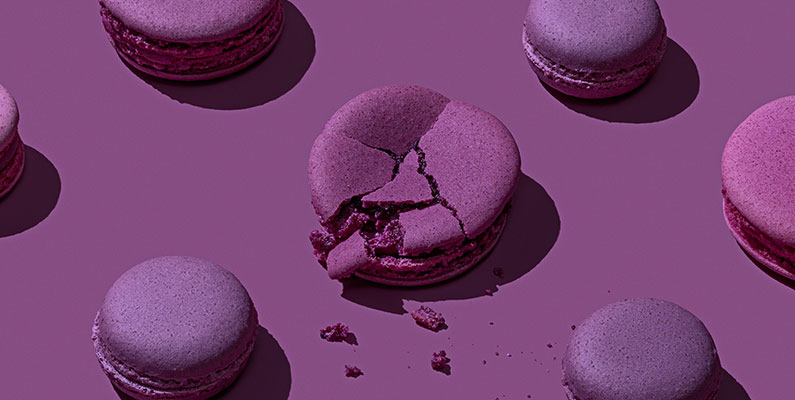 But purple’s relative unpopularity may be a benefit in the streaming space, where a crowded market means entrenched incumbents have already laid claim to primary colors like red and blue. Netflix and YouTube are demarcated by red, while Disney+, Sling, Amazon Prime Video and CBS All Access feature blue shades. Hulu, meanwhile, has hung its hat on a neon green.

Purple, then, is a way for new streamers to stand out.

“When considering the spectrum of colors, there are those that consumers do not find appealing on their TV screens, such as yellow and orange for contrast issues; pink because it is generally less appealing to men; and brown, which is typically not appealing unless it’s related to chocolate or coffee,” Goolsby said. “When eliminating the colors used by major competitors, purple has become one of only a few logical choices to create differentiation.” 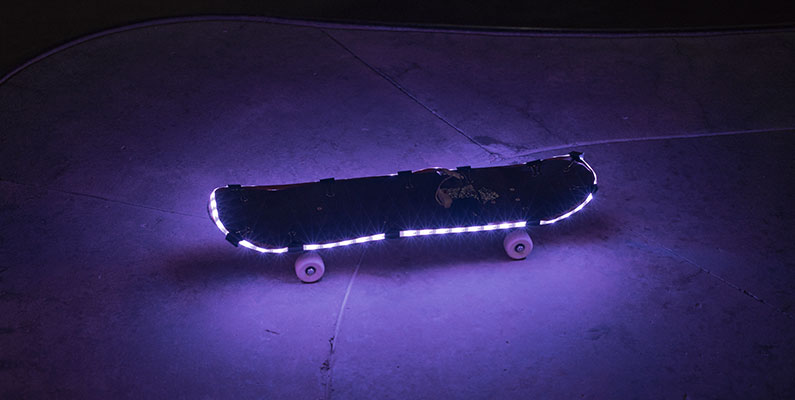 Roku, which first came on the scene in 2002, was the first major streaming brand to select purple, and was the only major streaming company to own the shade until this spring, when Quibi and HBO Max debuted almost back-to-back. (Roku, it’s important to note, is different from those other streamers in that it offers streaming devices and operating services through which consumers can watch over-the-top television, including its own Roku Channel.)

A spokesperson for Roku said that while purple has been the company’s color since its inception, Roku now uses Pantone Medium Purple as its shade of choice, which is slightly darker and more plum-like than other streamers.

“Purple may, in fact, have been one of the only colors a brand like Roku could own,” Goolsby said.

In the streaming-media space, purple can carry other meanings that may help convey positive messages for consumers looking for something to watch. “Purple connotes energy in a really pleasing way,” said Joe Tradii, a branding and marketing expert and the founder and principal consultant at the firm SynapseConnects. “Red is typically more energetic and aggressive, and blue is calming. Purple is a combination of the two. That works for streaming because it’s a secondary color, a coming-together of these two colors that have strong associations.” 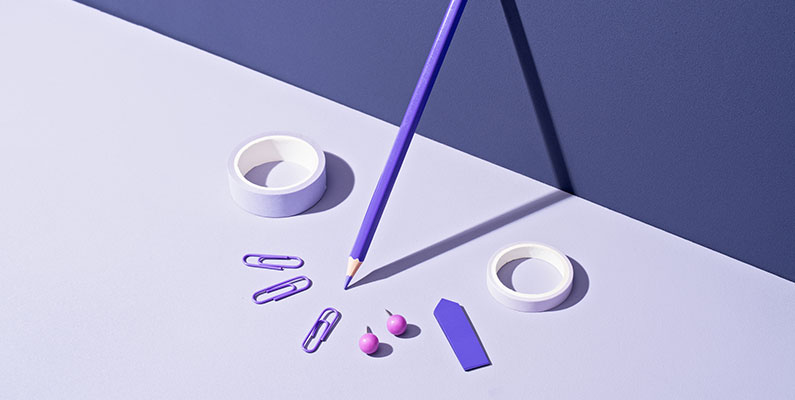 Purple can also reflect a friendlier and more appealing tone, Tradii said. That tracks with what HBO Max executives have said: Both WarnerMedia Entertainment Chief Marketing Officer Chris Spadaccini and HBO and HBO Max Senior Vice President of Brand Marketing Jason Mulderig have previously told Adweek they aimed to build Max as a friendly, approachable brand compared with HBO, which is branded in blue and black.

When HBO Max rolled out on May 27, Quibi bought ad space on Apple’s app store to ensure the two purple-hued streamers would appear together in searches.

In a mobile world, there’s another, more practical reason for picking purple: An app tile featuring that color will stand out in a sea of apps that feature bluer hues. “If you look at app buttons on your iPhone or Android, the two most dominant app color chiclet backgrounds are blue and white,” Clugston said.

HBO Max and Quibi’s similar color choices were most apparent last month when Quibi advertised on Apple’s app store on the same day that HBO Max rolled out, to ensure the two streaming apps would be presented together for any users searching for HBO Max. 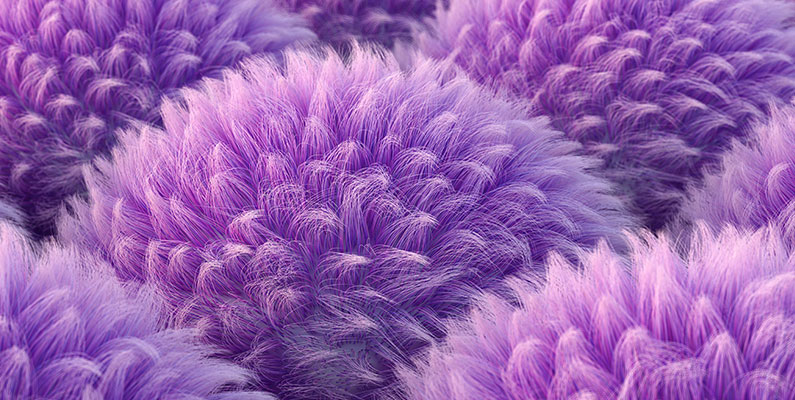 For both new streaming entrants, their purples are defined by their gradations of color, which range from warmer magenta tones to darker blues. Gradients — regardless of their color — can also send the signal of a depth and breadth of content available on the service, a message that streamers of all stripes are trying to perfect in order to attract subscribers.

“Since a spectrum is the range of all visible color, it makes sense that streaming services would use this graphic device as a metaphor for their broad range of content,” Goolsby said. “For these services, gradients immediately ground them in the digital world, and speak to the spectrum of content choices they offer.”

Trends, of course, are fickle, and purple’s big moment in the streaming space may already be fading. Peacock, the next big streamer from NBCUniversal, isn’t going with purple, but has instead centered much of its branding on a bright canary yellow.

There is no endorsement, affiliation, or sponsorship between Getty Images and the companies/services mentioned/linked within this article.

This article was written by Kelsey Sutton from Adweek and was legally licensed through the NewsCred publisher network. Please direct all licensing questions to legal@newscred.com.